Sitting on the edge of north London, within easy reach of the Hertfordshire and home to some excellent schools, Barnet is an ideal family hot spot.

A home in Barnet puts you within touching distance of the countryside. Walkers, cyclists and horse riders can all retreat to the hills and glades of Hertfordshire, or get some fresh air in one of the borough's parks or nature reserves.

There's no shortage of golf clubs either – Mill Hill Golf Club and Finchley Golf Club being just two examples. There are also as many as eight outdoor gyms.

But Barnet caters for more than sportspeople. Cosmopolitan areas such as Golders Green are famed for their late-night bakeries and cafés while Barnet High Street itself offers a selection of independent shops.

Foulds School, Manorside Primary School and Moss Hall Infant School all received ‘outstanding' ratings at their last Ofsted inspections, which is an obvious draw to parents.

Things to do in Barnet

History: The Barnet Museum, which is free to enter, showcases the borough's local history from the Bronze Age to the present day.

The Royal Air Force Museum in Hendon displays models of early aircraft designs through to modern-day jets as well as the interactive displays and activities for some hands-on learning.

Culture: Cultural hub, the Arts Depot puts on music, comedy and drama performances. It also offers creative learning and performance training if you fancy treading the boards yourself.

Local groups and musicians showcase their talents at the Mill Hill Music Festival. This festival, which takes place every other year, is hosted in various locations and sees musicians performing jazz and rock ‘n' roll.

The Phoenix is an Art Deco cinema which puts on the latest film releases as well as opera, ballet and Shakespeare.

Outdoors: Residents can take their pick of Barnet's green spaces. North of High Barnet is Monken Hadley Common. Here you can wander through the woodland and open glades, or set up a rod and line to catch fish in the lake.

Woods can also be found at Stephens House & Gardens, along with a rockery, pond and ‘bog' garden. Woodpeckers, sparrow hawks and the tawny owl are just some of the birds that are regularly seen in the area.

For something a little more energetic, the Dollis Valley Greenwalk offers walkers a scenic place for a longer stroll. The route is 10 miles long and follows a trail all the way from the Green Belt to Hampstead Heath.

Shopping: Barnet Market opens its stalls every Wednesday and Saturday to sell fruit, vegetables, flowers, fish and baked goods. Find your way to the Taste of the Mediterranean stall for olives, sun-dried tomatoes and stuffed peppers.

Mainstream shopping can be found in The Spires Shopping Centre on Barnet's High Street, as well as some smaller independent stores.

Brent Cross Shopping Centre is only a short drive away too. It's home to more than 2,000 brands and 120 stores, including John Lewis and Apple.

Food and drink: A popular haunt for residents is Spizzico in Barnet, which serves an eclectic menu of Mediterranean, Cajun and Italian dishes. If it's hearty food you're after, head towards The Gate in Arkley. Try the minted lamb cutlets or the steak and ale pie.

Izakaya in Finchley is a Japanese restaurant that specialises in sushi – the salmon sashimi is particularly recommended.

The Hadley Highstone monument in Monken Hadley is the site of the Battle of Barnet. It was a decisive encounter in the Wars of the Roses between the Lancaster and York armies and secured the throne for King Edward IV.

5 reasons to live in Barnet

- Access to lots of countryside
- Excellent schools
- Good transport links by train, Tube and road
- Mix of old and new houses
- Plenty of independent shops in Barnet and Golders Green 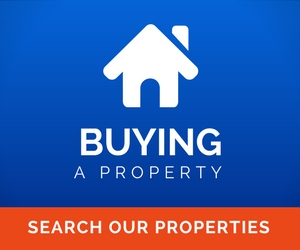 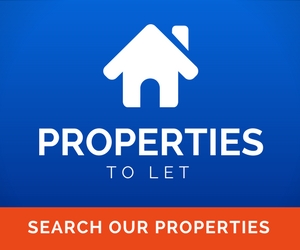